This is very cool, it’s a new review of Excess Baggage by Anthony Moretta on Out of the Gutter.

Anthony even made me like the film better and I have a few reasons to have grievances with it, though, you know, it’s my baby even if it’s not quite as pretty a baby as I wanted so I love it no matter what: 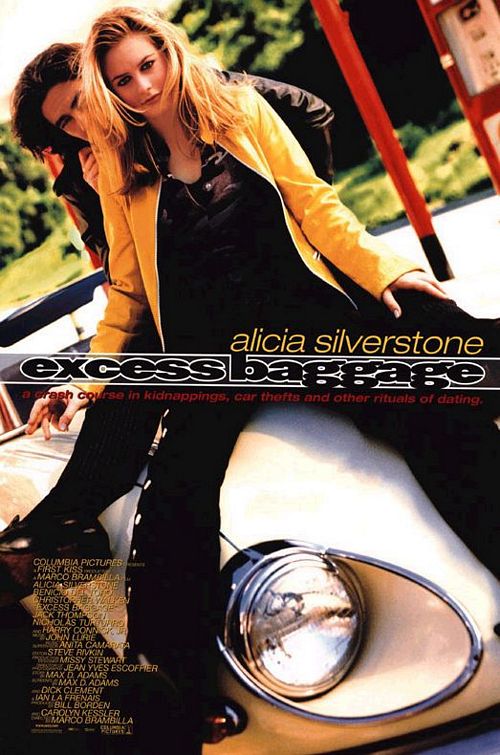 I don’t know many people who have seen this movie. When mentioned, I get the typical “with Alicia Silverstone?” reply. Yes, and Benicio Del Toro and Christopher Walken. Directed by Marco Brambilla, and written by Max D. Adams, Dick Clement and Ian La Frenais (with an uncredited re-write by Aaron Sorkin according to IMDB), Excess Baggage came and went with little attention and eventually died on video store shelves, which is where I found it.

You won’t come across many positives when scouring conventional review outlets for this and that may mislead you into thinking it’s not worth a couple of hours of your time. I’m not going to defend my opinion of the movie. I love it. It’s always on my ever-changing list of favorites. That’s only to say that I don’t pay much attention to critics’ reviews. They can sour a film or hype it beyond reasonable expectation, and, either way, taint your own viewing. In fact, 1997 is a good movie year to explore this a bit. That was the year of Titanic, buoyed by a critical love affair and box office spectacle. It won a shitload of awards, too. But 1997 also featured Cop Land, L.A. Confidential, Jackie Brown and Grosse Pointe Blank. All superior films. And those are just what I can remember at the moment. So, I say Titanic can go fuck itself. Now, let’s talk about a real good flick like Excess Baggage. 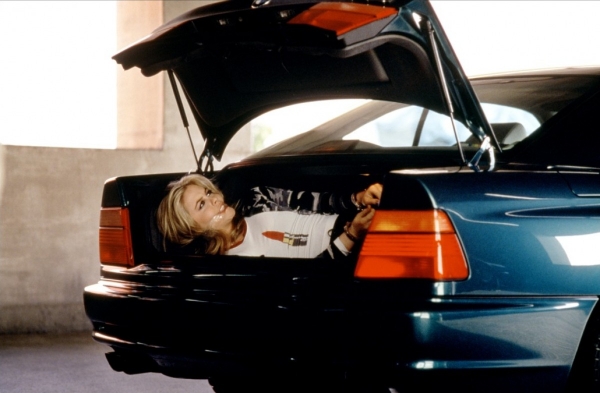 Emily (Silverstone) fakes her own kidnapping in order to win the attention of her rich neglectful dad, Alexander (Jack Thompson). Vincent (Del Toro) is a professional high-end car thief, who jacks Emily’s BMW with her bound and gagged in the trunk. Alexander calls in Emily’s caring and shady “Uncle” Ray (Walken doing his best Walken), an unflappable ex-military man who handles Alexander’s dirty work. It’s fair to say that Alexander has made tons of money less than legitimately. Ray is tasked with finding Emily and bringing her home while the cops try their awful best to track her as well. Ray suspects from the go that the kidnapping may not be what it seems and heads out on the accurate assumption that Emily is staging the whole thing. 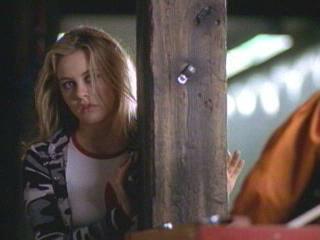 Vincent and Emily formally meet at his dockside warehouse when she bangs on the trunk to get out. In a panic, he handcuffs her in the bathroom while discussing what to do with his tool of a partner, Greg (Harry Connick, Jr.). They decide it’s best —