and in crazy awesome afw news

When I am not amusing myself creating Max Action Figure and Max Pop Queen Paper Doll, [hey I need sanity breaks shut up] or attempting to meet writing deadlines [I’m on it, Pooks!], or working on webinar compilations [on it, Shannon!], I am usually working my ass off at AFW. And we had a really cool month this month — and it’s not over yet, Austin Film Festival is around the corner so things may get more exciting still. Here is some of the current good news  — 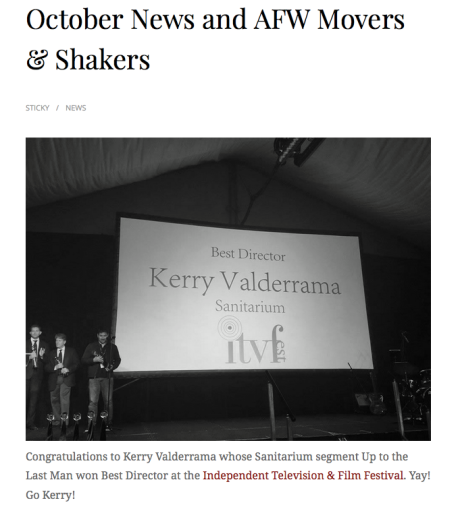 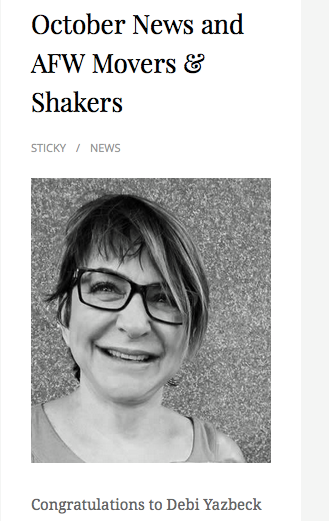 Debi just won her first competition. She’s been with me since Screenwriting I in Gotham and has placed in many — she won this one. Yay! 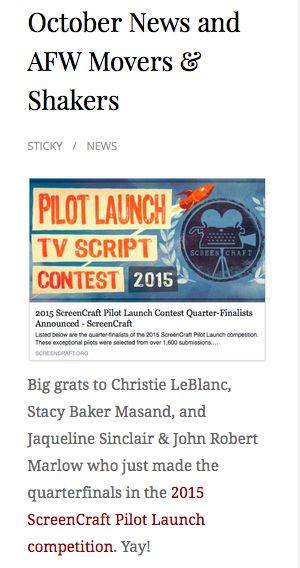 One of my baby writers just got hired for his first writing gig. Yay yay yay! Which is so cool. But also a secret. I don’t know what’s up with this new secret stuff. This has happened five times. My babies getting hired but it’s not announced. People used to send out press releases about hiring a writer to work on a project. Now it is all hush hush and non-public. I suspect this is about not wanting the writers to all show up at the studio cafeteria at the same table and share wage info. But I could be wrong. And it’s still so super cool another one of my workshoppers just got hired I’ll live with it. 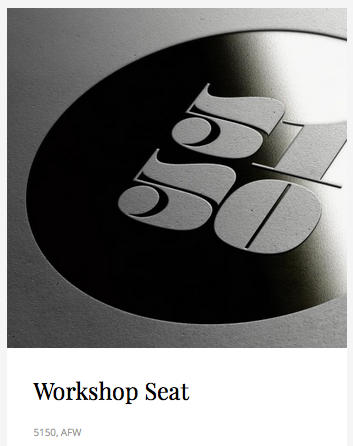 The workshop launching these sassy secret careers is 5150. An international online screenwriting workshop. Interested? We have two open seats due to people being out on assignments. Find out more at :::5150:::

AND! I’m currently working on a webinar project with Stage 32 and Stage 32 is having a sassy party in Austin at the Austin Film Festival so if you are hitting the festival? I’ll be at the Stage 32 party on October 30th. Hit :::NEWS::: to find out how you can attend too. I’d love to see you.

*Did I miss your news? Maybe you did not send it to me. Fix that.